As society puts an increased premium on speed and efficiency, I feel more compelled to offer a slow and sometimes awkward experience, both in the reading and real use of a pot. Perhaps this is a common and dated response for anyone involved with the production of a handmade object and the inherent inefficiencies involved with the various processes (at least mine). Because of the gravitational pull toward “fast,” I find myself drawn to making the “slow’ object.” This thinking is not rooted in a disinterest or distrust of technology, rather it is a straightforward way for me to extend a conversation with a user/viewer, potentially providing a platform for a meaningful encounter. 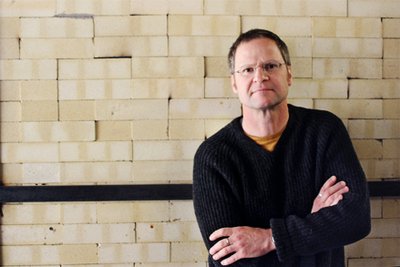 Peter Beasecker was born in Toledo, Ohio and received a BS degree from Miami University and his MFA from Alfred University. He joined the faculty of Syracuse University’s College of Visual and Performing Arts in 2009 after a seventeen-year tenure at the Meadows School of the Arts at Southern Methodist University. Beasecker is a Professor of Art teaching ceramics and graduate studies. He has received numerous awards and distinctions in his career, most recently being named a NYFA Fellow for 2015. Beasecker has exhibited extensively in national and international venues, and his work is included in the collections of the Renwick Gallery of the Smithsonian Institution, The Minneapolis Institute of Art, and the Mint Museum in North Carolina. He has been a visiting artist and workshop leader at over sixty institutions, including Anderson Ranch, Arrowmont School of Arts and Crafts, Haystack Mountain School of Crafts, and the Penland School of Crafts. Beasecker has been the co-coordinator of the Utilitarian Clay Symposium at Arrowmont since 1996. He currently maintains a studio in Cazenovia, New York.