We are a community-based not-for-profit that educates, encourages, and inspires all people to create and enjoy the visual arts. The Flower City Arts Center celebrated 50 years in 2020. Established in 1970, The Flower City Arts Center is located in a historic firehouse, constructed in 1895-1905 (Try to find evidence of the fire poles next time you're here!). We are the only community visual arts center conveniently located within the City of Rochester. In 1973, the Arts Center incorporated as a 501(c)3 not-for-profit educational institution.

The Flower City Arts Center offers educational programs in a variety of visual arts with an emphasis on three areas: Printmaking & Book Arts, Ceramics, and Photography & Digital Arts. We produce youth programs, classes, and workshops, provide facilities to our studio artists, and exhibit work in our galleries. We collaborate with community groups for the benefit of all. Our photography, ceramics and book arts programs are available to community members of all ages, incomes and backgrounds.

At Flower City Arts Center we have an ongoing commitment to Diversity, Equity, and Inclusion. We value and cultivate an environment composed of a variety of backgrounds, skills, and views. We believe that Diversity, Equity and Inclusion provides a platform for ongoing innovation in art education and acknowledge the importance of diverse representation in the field of visual arts. We are a community that encourages all people to be respected, valued, included and free to be one’s authentic self. We are committed to Art for All People.

The Flower City Arts Center is an Institutional Member of the National Guild for Community Arts Education. 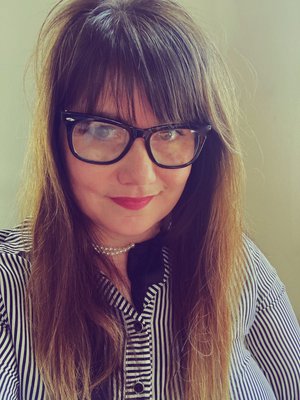 Denise Ambrose is an independent artist and crafter with a Master’s Degree in Education and a Bachelor of Science in English Degree from SUNY Brockport. Her career began as an elementary teacher and evolved into service as the Community Education Resource Specialist in the Rush-Henrietta School District. Most recently she was the Regional Director of Adult Education for the Finger Lakes, reporting to the NYS Education Dept and providing professional development. She enjoys papercrafts, watercolor, drawing, and event planning. Her hobbies include bicycling and flipping/refurbishing old dollhouses and transforming them into modern design. 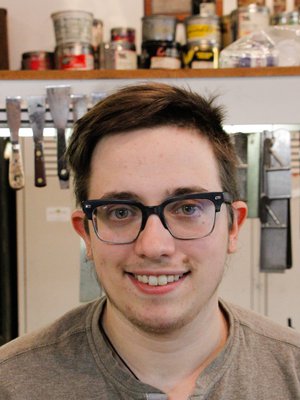 Evan Bobrow is a Rochester artist whose practice blends technical drawing, book arts, video and installation work. Currently they are focusing on mapping both real and imagined landscapes. They received a B.Des in Architecture from Washington University in St. Louis in 2018, with minors in Design and Computer Science. 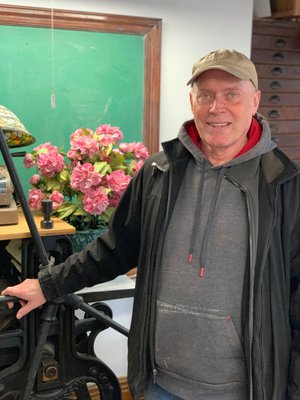 Chas Davis has been a painter all of his life. He began printmaking in 1981as an apprentice to Master Printer Craig Steketee at Stonetraces in Ft. Wayne, Indiana, and opened his own shop, Toxic Press, in 1986. Toxic Press evolved into ATDE Limited Editions when he moved to Rochester, NY in 1996. Chas ran the Printmaking studio at Rochester Institute of Technology for several years, and was the President of the Print Club of Rochester. He has taught at several colleges and given many workshops around the country. His main interest is Monotype, Intaglio, and Collagraph, which he currently teaches at Flower City Art Center, where he also manages the Print Studio. You can see more of Chas' work at http://www.chasworld.com/ 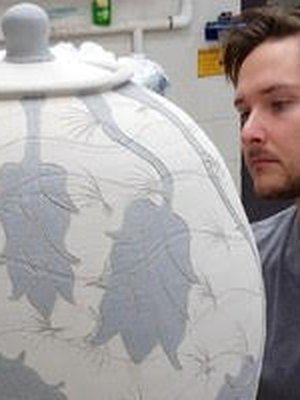 Kyle Lascelle is a potter who works primarily in stoneware and fires in soda. He received his MFA in ceramics from RIT and received a BA in Philosophy from Arcadia University. Kyle serves as a studio technician in our ceramics department at Flower City Arts Center. His passion for clay is making and relating to historic pottery and how it relates to ideas of utility, intimacy, people, and the contemporary art world. 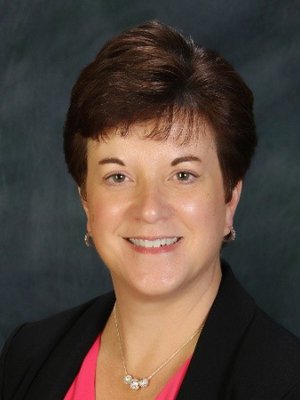 A lifelong Rochestarian, Carole earned her BS in Accounting from St. John Fisher College and earned her CPA license soon after. She’s enjoyed working in various Rochester for-profit and nonprofit organizations, but finds her greatest satisfaction serving the needs of local nonprofit organizations. In her spare time, Carole and her husband enjoy travel, hiking, and geocaching. 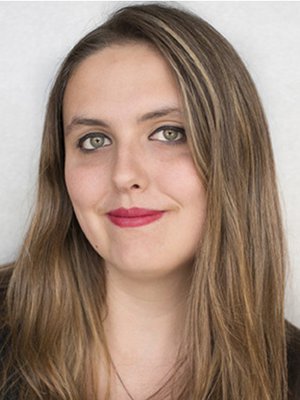 Originally from Connecticut, Mev McMahon fell in love with the Rochester area while earning her BFA in Photojournalism at RIT. Her passion for photography developed in tandem with her appreciation for history. Growing up, she traveled with her archaeologist parents to numerous historical sites with a camera in hand. During college, she researched, acquired, and sequenced thousands of images while working as a Picture Editor for major publications such as TV Guide Magazine and NBCNews.com. Not one for NYC living, she moved back to her adopted home to give back in the best way she knows how: using visual storytelling to showcase the work of local nonprofit organizations. 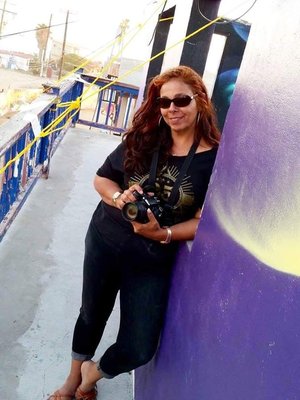 Juliana Muniz is a photographer born and raised in Rochester, NY. She earned her BFA in fine art photography at Rochester Institute of Technology and MFA at Visual Studies Workshop. 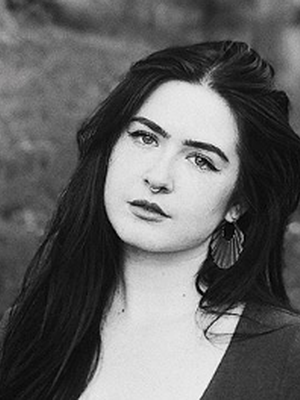 Kylie teaches various photography, and digital art, based classes, workshops and programs at the Center. Kylie earned her BFA with a concentration in Photography from the State University of New York College at Brockport. A Rochester native, Kylie was taught black and white film photography locally, by Bruce Elling, in high school. She has produced, and locally exhibited, her work ever since, gaining experience in digital art along the way. 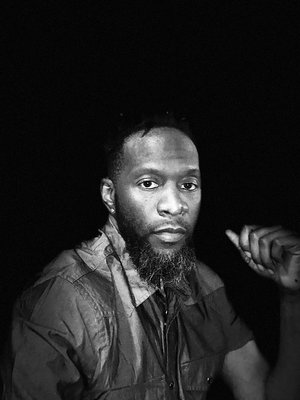 Richard (Rashaad) Parker is from Rochester, NY and earned his Bachelor of Science degree from the State University of New York College at Brockport in Communications and Afro-African American Studies where he has presented research on African American Male Cultural Identity at the University of Maryland and the University of Buffalo Colleges. Currently, he is finishing up a Master’s degree in Fine Arts and Public Administration at Visual Studies Workshop in Rochester, NY., where his artwork focuses on Afro-futuristic mixed media assemblages, incorporating metals and found objects, 16mm film, videography, sound, sculpture, photo collage, textiles, and film as a substrate. He has also worked with school-aged children at the Charles Settlement House as a Youth Development Specialist and has served as an advocate for education, peace, and social justice as a Commissioner for the Greater Rochester Martin Luther King Jr. Commission since 2011. 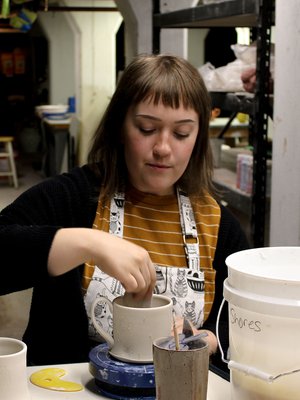 Bri Shores is from Kansas where she attended Fort Hays State University, receiving her BFA with emphasis in Ceramics in 2018. She then moved to Missoula and earned her post-baccalaureate from the University of Montana. The following year she interned at the Archie Bray Foundation. She currently lives in Rochester, NY and has started her residency at Flower City Arts Center. Website: brishoresceramics.com 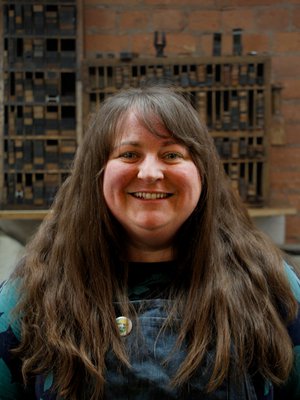 Originally from Clayton, NY in the Thousand Islands region, Megan moved to Rochester in 2010, after graduating from SUNY Fredonia with a BA in Visual Arts & New Media, in order to attend the MFA graduate program at Visual Studies Workshop. While at VSW she developed a studio practice in book arts and experimental video and earned an Advanced Graduate Certificate in Arts Administration. Megan has taught classes and workshops to all ages throughout the upstate NY region. 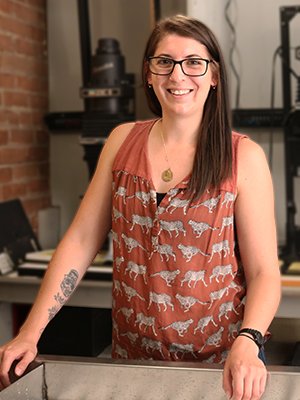 Liz Webster received a BFA in Visual Arts with a concentration in Photography from the State University of New York at Oswego. Originally from Syracuse she moved to Rochester to teach in the Studio 678 program. She took over administration of the program in 2018. Liz continues to work on personal photographic projects, focusing on silver gelatin printing, cyanotypes, and instant photography.

Kate has a BFA in ceramic sculpture and an MFA in Art Education from the University of Southern Mississippi. She and her husband Jim moved up from Tennessee when he began teaching creative writing at SUNY Brockport, and Kate begin as a studio artist at the pottery. She became the ceramics program director in 2006. She and her husband have two daughters and live in Brighton.