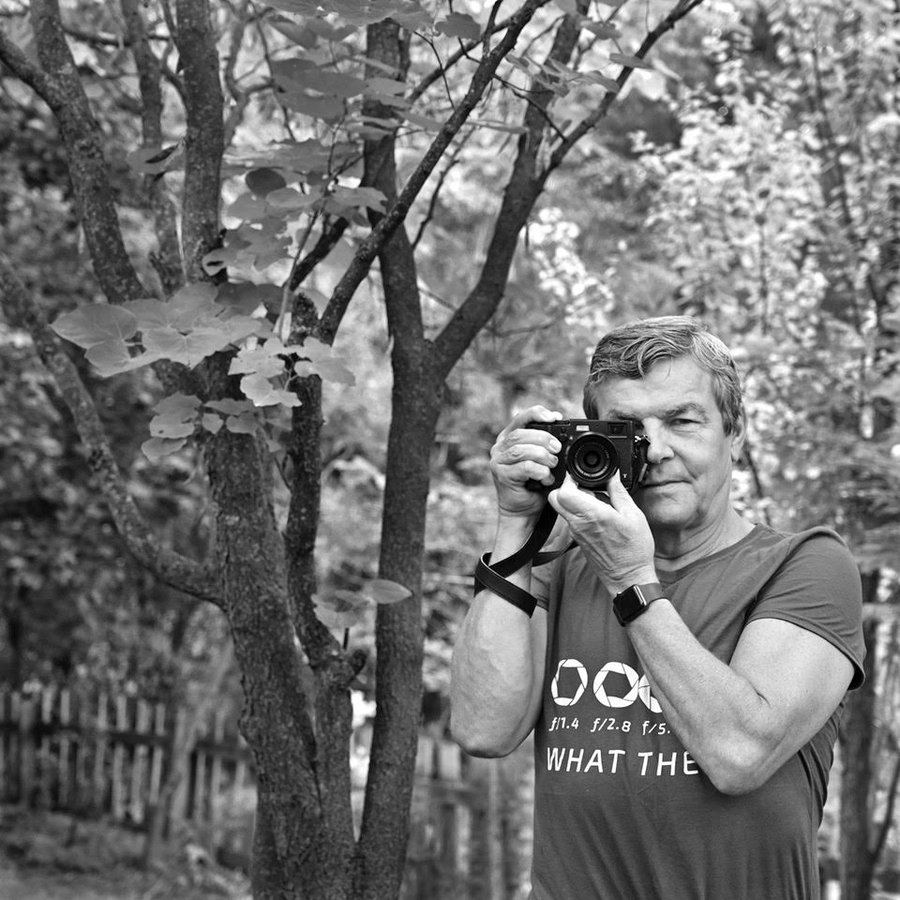 This weekly photography lecture series will provide an opportunity for us to use this weird time to expand our knowledge and understanding of current issues in contemporary photography and its history. The better we understand the medium and its tools, the better we get as photographers. Presentations will deal with the technique, the current state, and the history of photography. After each lecture, time will be dedicated to questions and answers as well as the sharing of photographic experiences.

Bruno Chalifour has an MFA (photography) from SUNY Buffalo (2001) and a PhD from Université de Lyon 2—thesis: "The Landscape of American Landscape Photography, 1960-1990”— (2019). He is a fine-art photographer and has taught photography at undergraduate and graduate levels. To view his full bio please click here: https://flowercityarts.org/instructors/bruno-chalifour 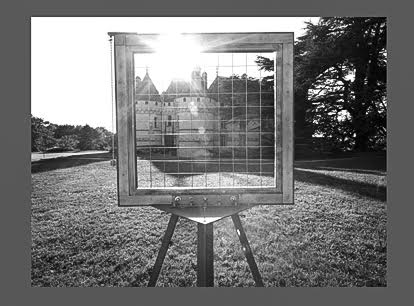 1: On Being a Photographer

Who, walking around with a camera on their bellybutton or at their eye, has not been asked, “Are you a photographer?”

The focus of “On Being a Photographer” is to clarify what criteria differentiate a “photographer” from a “camera-user.” This is not meant to be just a semantic game but a thoughtful investigation. We will look at the expected levels of technical expertise and practice, of understanding of the essence and history of the medium, of curiosity about the medium and other arts. Finally, we will consider the importance of defining a specific vision/style. All points discussed will be illustrated by visual examples. The goals of such a presentation and dialogue—the participants will be able to intervene and ask questions— are to help clarify which paths one may want to take to improve either one’s understanding and/or one’s practice of the medium. 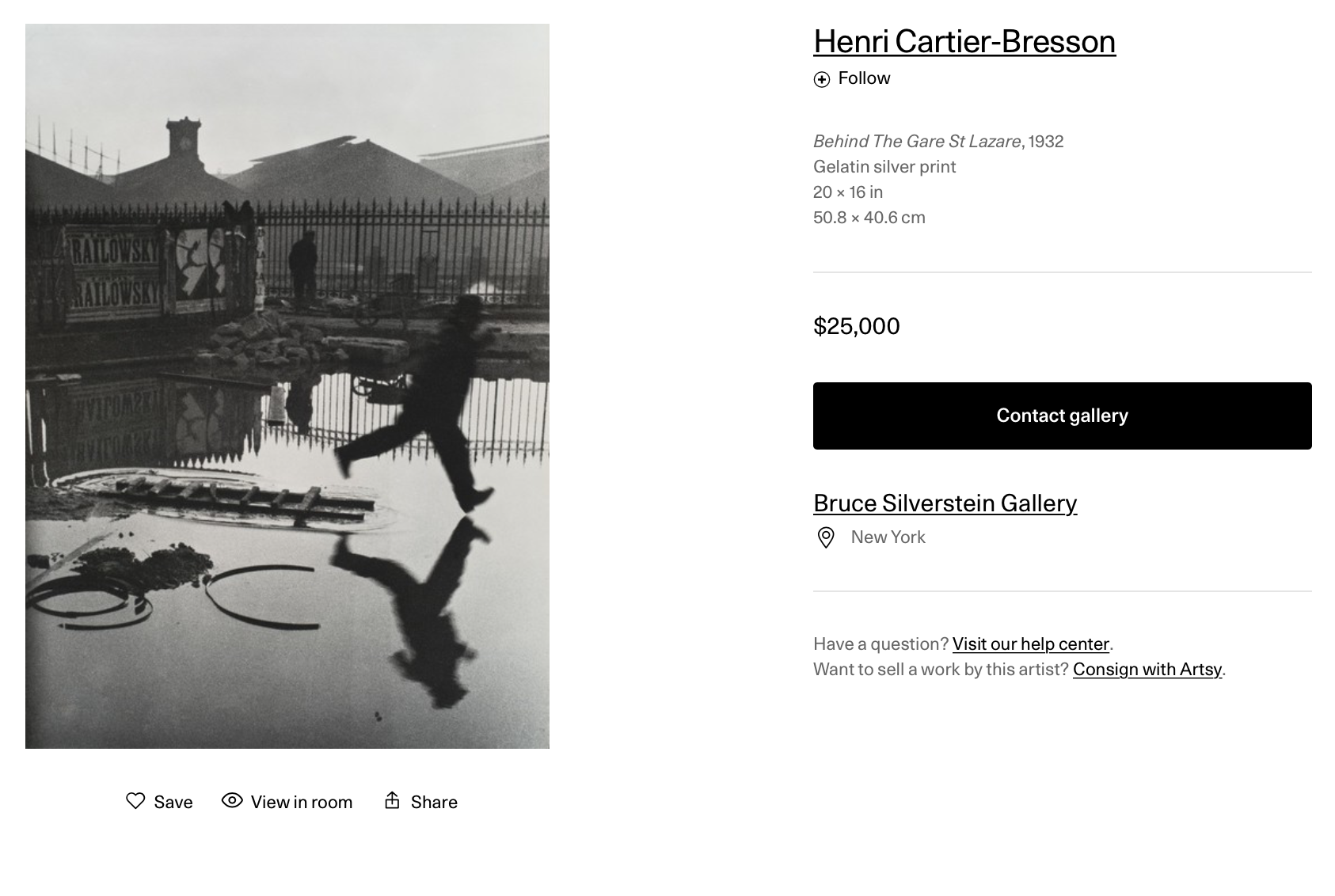 Born in one of the wealthiest families in France, rebellious, after leaving high-school without a degree, studying painting with André Lhôte and rubbing elbows with the Surrealist movement, he became a professional game-hunter in Africa and almost died of black fever in the early 1930s. Henri Cartier-Bresson then sailed back to France and picked up a camera. It became “the extension of his eye.” From 1932 to 1947, in spite of World War II when he was made a prisoner 3 times… and escaped three times, the photographer built an international reputation, had a solo exhibition at the Museum of Modern Art in New York and was one of the four founders of the most prestigious cooperative of photo-journalists in the world. In 1952 he published The Decisive Moment / Images à la sauvette simultaneously in France and the USA. The publication has become one of the pillars of any serious photobook collection; the text that accompanies it an inspiration for generation of photographers.

William Eggleston & Peter-Joel Witkin are two very idiosyncratic photographers who have reached the pantheon of American photography. One works in color, the other one in black and white. In spite of international recognition, the works of both photographers have been rather controversial. What made John Szarkowski, the then director of the Department of Photography at New York MoMA, write of Eggleston’s 1976 exhibition: “as pictures, however, these seem to me perfect”? And what made the National Endowment for the Arts award four grants to Joel-Peter Witkin? 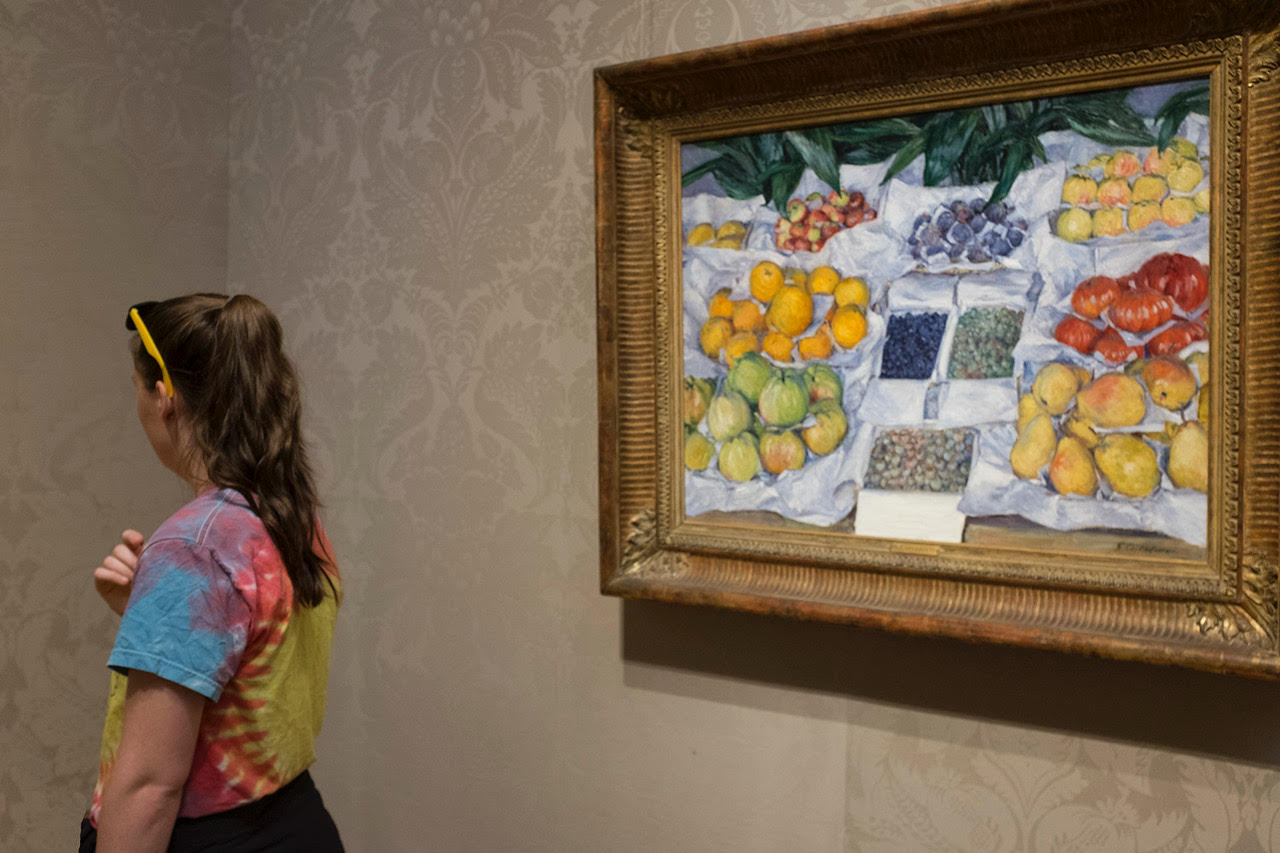 There are many myths about color photography and the reasons why it took so long to see fine art photographers adopt it. However, color was present in photographs since the medium took its first steps out of its cradle. In 1905 the Lumière brothers released their autochrome color glass plates. In 1935 Eastman Kodak gave the world the now famous and defunct Kodachrome. Still, black and white photography is at the base of the vast majority of color processes, either analog (film) or digital. So, what is it about color? What happened to color photography in the past 70 years? 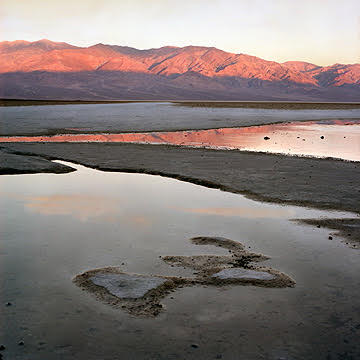 There are many myths about color photography and the reasons why it took so long to see fine art photographers adopt it. However, color was present in photographs since the medium took its first steps out of its cradle. In 1905 the Lumière brothers released their autochrome color glass plates. In 1935 Eastman Kodak gave the world the now famous and defunct Kodachrome. Still, black and white photography is at the base of the vast majority of color processes, either analog (film) or digital. So, what is it about color? What happened to color photography in the past 70 years?

6: The Two Adamses (Ansel and Robert) and New Topographics

Looking at the lifeworks by Ansel Adams (1902-1984) and Robert Adams (born in 1937 in Orange NJ) amounts to an overview of the whole history of American black and white landscape photography from its inception in the 1860s until now. Ansel extended a tradition initiated by the likes of Carleton Watkins (1829-1916) and Eadweard Muybridge (1830-1904) while Robert turned away from the sublime views of Yosemite to photograph what had happened to the American landscape after its invasion and colonization by European migrants for a period of over a century—the most recent examples at the time, in the 1970s, being urban sprawl. This radical change of approach was not isolated then. In 1975, a rather discreet exhibition in 1975 at the George Eastman House, epitomized this paradigm shift: New Topographics. Its impact has since rippled through the world generating hundreds of followers and emulators. 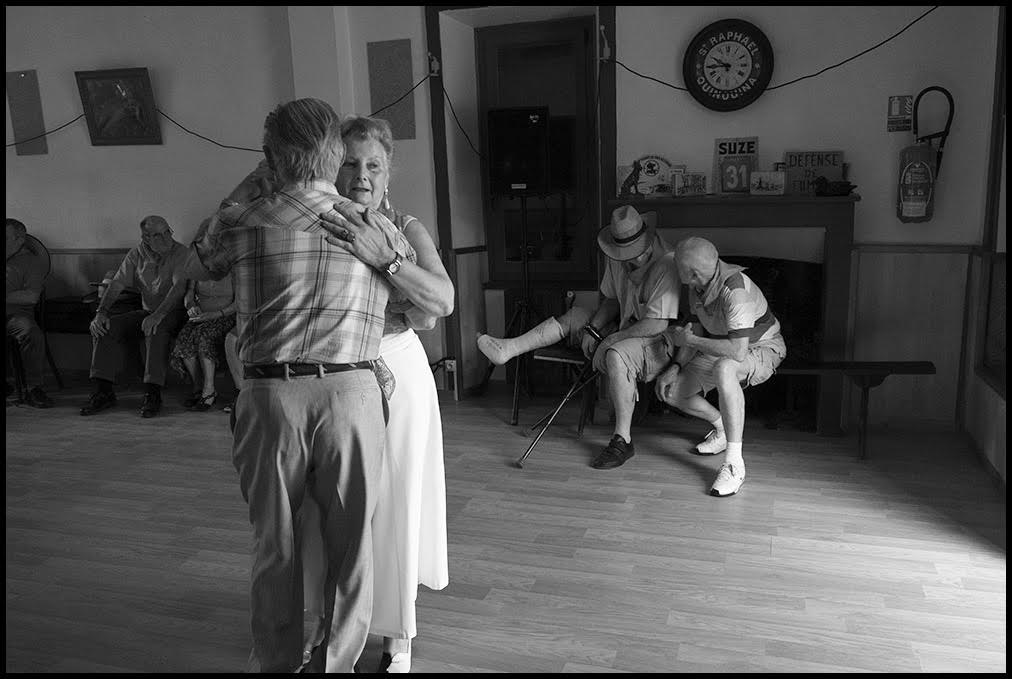 7: Street Photography, Part I. Origins: A Leica in Paris.

The advent of smart phones and their now powerful cameras has turned millions of users into self-portraitists and street photographers. Subsequently a revival of the genre has been witnessed around the world. A new generation of photographers and camera-users has been walking down the streets of the big metropolis in search of visual trouvailles (findings, epiphanies). Historically the genre took the invention of a small, portable, and discreet camera and film whose sensitivity allowed us to work fast in order to capture “the decisive moment.” If two cameras using 35 mm cine-film for the first time were designed in Germany, and faster film came out of manufactures in the US and Germany, it was in the streets of Paris that photographers such as André Kertész and Henri Cartier-Bresson used them for the first time. 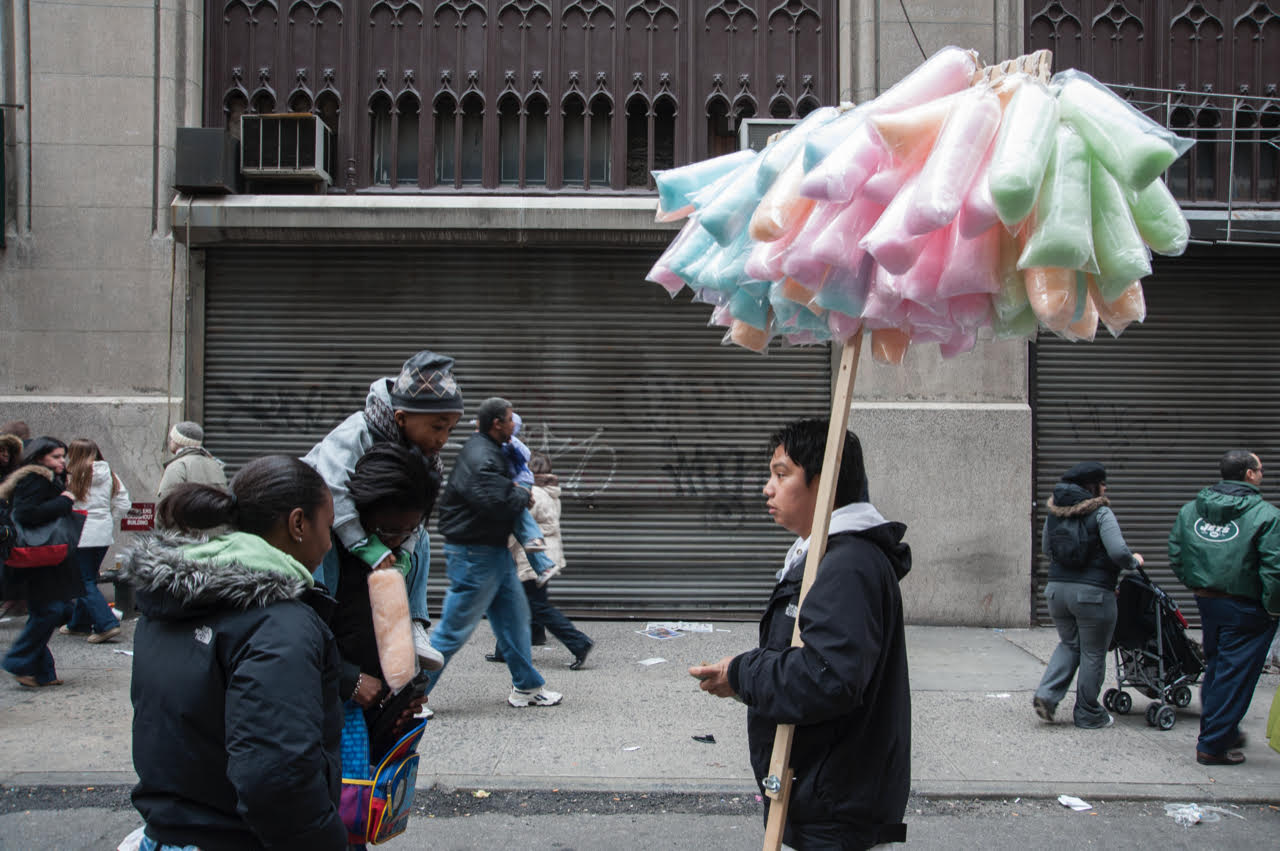 The post-World War II era witnessed major changes in American photographic practices. The war and its economic consequences motivated many seasoned European photographers to emigrate to the US, mostly to New York because of its press, advertising, and fashion businesses. Gradually American photographers moved from their cumbersome 4”x5” Graflexes to the Rolleiflex (2 ¼ square), and finally 35 mm cameras. Inspired by their European counterparts, they started to use 35 mm Leicas and Contaxes on the streets of New York. The 1950s saw major technical improvements that facilitated this new photographic activity: Japanese emulators of German rangefinders (Most notably Canon and Nikon), the Leica M3 (1954), the Kodak Tri-X film (adapted to medium and 35 mm formats in 1954), the Nikon F (1959). Books were published that have become milestones: Henri Cartier-Bresson’s The Decisive Moment (1952) and The Europeans (1955), William Klein’s New York (1955), Robert Frank’s seminal The Americans (1958 and 1959). The development of photographic education thanks to the GI Bill did the rest. Then, erratically in the late 1950s, consistently in the decades to follow, color hit the street.

Online Registration - 13 spots left
Please select the class instances you wish to attend. You will be charged $15 ($10 if you are a member) for each class you select.
Register for this Class

You must have a registered email address before joining a class waitlist. If you already have an account you can login, otherwise please register your email address.

A user already exists with that email address. Please Login before signing up.